This is a thought in progress.

We are not "all one". In "Living Systems" by Dr. James Miller, a complete text book of general systems dynamics, it says "There are two things in the universe: energy; and, information; and, information is the conformation of energy.

To appreciate the situation, take a sheet and flatten it out on table. That flat sheet represents energy. Wrinkle up the sheet. The wrinkles represent information. Now, pull the sheet out flat again, and, that information has become nonexistent.

It is theoretically possible for this closed circuit to undifferentiate totally back into nonexistence by merging with a confluent closed circuit. Confluencies must match right down to the Planck distance = 1.616252 times 10 to the minus 35th power meters, i.e., to the 35th decimal place, and that is very small indeed.

This, the volume for which this is the diameter, is like "the corner stone that the builders rejected", yet, if it didn't exist there would be no friction, and, therefore no matter, no life, no consciousness.

In a shaken bottle of water, the bubbles soon undifferentiate, so there is hope for undifferentiation. The force that pushes toward this undifferentiation is the pressure of the ambient repulsion of clashing circuitry, like polarities. Clockwise and counterclockwise flows, together, are confluent, and can undifferentiate. This force is the only force in the universe. It empowers the strong force, the weak force, electromagnetism, and gravity.

That which has been called soul, is that portion of the body which, due to its high entropy production rate*, EPR*, the thermodynamic analogue of velocity in mechanics, current in electricity, and gravity, is in bent timespace. And just theoretically like Black Holes, it accesses globally bent timespace, but, in the case of EPR*, the hyperspheres of globally bent timespace are in the fifth dimensional direction.

Due to the loss of the rigid orthogonality of flatspace, matter in globally bent timespace has a tenuousity that has been called "spirit", and concerning the body, "soul". It is much more regenerative but it can undifferentiate, and undifferentiation is much more probable in the fast EPR* realms. Fire is fast EPR*, so that by a pi value of 2.718..., and lower, everything is in flames. But, the soul body itself is a flame capable of undifferentiating with such a flame of the opposite polarity.

The entity can body switch, backward and forward in time, in the realm where every thought manifests by drawing the entity to the timeline where the thought is reality. Deep enough in globally bend time-space, just wishing one were someone else, once, sends one to occupy that other body. But then, in a body perhaps or often alleged to only consciously using only 10% brain use at a time, the mind is weak again., but, can only occupy that body until the body sleeps or dies. Body switching proceeds from there uncontrolably, backward and forward in time for about a hundred years, until one's own duplicate in the past is entered, and then spirtiual memory is quite poor, and one relives, but may have warning memories of the last time around so as to be able to avoid past mistakes.

This body switching experience was called an "aioniu amartematos", aeon of failure, in the original Greek New Testament, but has been trasnslated into English, "eternal damnation". It is called "the transpersonal in perinatal matrix three" by Dr. Stanislav Grof. See "The Adventure of Self Discovery" by Dr. Stanislav Grof, who replaced LSD with "holotropic breathing". Crucifixion forces holotropic breathing, thus, that is how Christos - God-form's is in you. I have experienced it on a limited scale however, in-differentiation is still possible, theoretically. The powers that be do not want the masses to know these matters, they control and attempt to maintain that control.

This systematic tyranny is being caused by a politically powerful secret society, just to restore their "grand secret". The solution is to spread this secret to common public knowledge. They can't get everybody.

Here is the secret:
The secret has nothing to do with their wealth, or their ability to acquire wealth. They are so filthy rich that they are detatched from the human race, and they don't care how many people they hurt to keep their secrets, until, perhaps they learn everybody knows, and that it is no longer a secret.
They are not going to lose any wealth by letting go of the secret. On the other hand, ultimately, they are going to lose wealth by continuing the suppression of this secret of human physiology. No matter how far it goes, ultimately, the people will gang up sufficiently against them enough to overthrow them and put them on trial for human rights atrocities.

It is said that Jesus "descended into Hell and on the third day arose from the dead". As mentioned above Dr. Stanislav Grof replaced LSD with holotropic breathing. And LSD awakens brain awareness of probable possibility by blocking the inhibitory neurones.

The major plexuses are called "chakras" in yoga. Stimulation, called "kundalini" in yoga, spreads in any particular nervous system. In the case of the muscarinic nervous system the stimulation spreads to the brain.

The biggest muscarinic nerve is the vagus nerve. It doesn't pass through the spine, but, its main trunk emerges from the brain in the roof of the nasopharynx. Advanced yogins have cut the ligature that holds their tongues down so they can put their tongues up the back of their noses.

This act is called the "khechari mudra", in English, the "fig gesture". This act causes so much vagal stimulation that the heart stops by vagal syncope. The yogin can then stay in suspended animation for any chosen length of time and voluntarily withdraw his tongue to "resurrect".

The blood stays oxygenated during the khechari mudra. Houdini did this in some of his feats. But, with the "water board" of the Baptism, the intent is to fill the nasopharynx with water, enough just to put the candidate for initiation into what Dr. Stanislav Grof called "perinatal matrix three".

Is there any other Hell? Very often those who resurrected from what seemed to witnesses as death, had a homeopathic reaction from death such that the brain woke up consciousness awareness expanded, this actually "hyperlife" state was called, the world of the dead, the Underworld, Hell, etc. 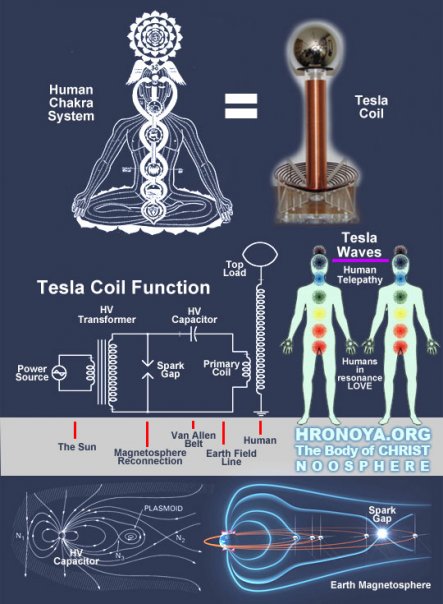 The mind is very powerful to materialise its visualisations as reality in the Underworld. Can anyone control all their thoughts? Things go wrong. as soon as the candidate wishes he were someone else, "zap" he body switches into that someone else.

The awakened brain accesses the multiverse. Perinatal matrix one is euphoric. In perinatal matrix two, the "Knowledge of Good and Evil", as one goes into this fifth dimensional direction, the brain gets more and more powerful to travel in the sixth dimension to the probability timelines corresponding to imagination.

Dr. Stanislav Grof, in his "Adventure of Self Discovery" said that this was the real sacrament of Baptism, but, it was also what Adam and Eve did with each other, "eating" the fruit of the Knowledge of Good and Evil" that constituted the "original sin" so that the Cathars made this their Sacrament of "Unbaptism".

Other related stimulations are condemned as "witchcraft", called in the Koran "blowing on knots". It's all how far you go that determines its arbitrary worth to various classes of society. It is indeed another suppressed secret.

I Tego Arcana Dei
Posted by Unknown at 21:23