The Powers That Were

"All matter originates and exists only by virtue of a force which brings the particle of an atom to vibration and holds this most minute solar system of the atom together. We must assume behind this force the existence of a conscious and intelligent mind. This mind is the matrix of all matter" Max Planck 1944

Even seen as the Tree of Life, within the construct of the very matrix of perception.

We as beings energise the matrix, and to change it we need to change our perceptions of it. This is done at the smallest levels for as - That Which is Above is Below so we are the Cup Bearers of the Macrocosm.

We first deny their reality, usurp their energy. The system becomes open via disorder and by entropy we give their control over to dissolution.

The media of Psy-Ops will lay in their own waste.

No more will those who seek to travel via the Astral Body be delayed by the passwords and gates that stop our psychological revolution.

No more false trails that lead you back to where you once began.

This is the sidestep the curve ball. So take the sidestep. No more requirement to continue to triangulate your souls by the short journey of life from World to Devil to Death... Step off via ART.

The decision regarding their timeline was was made some years ago.

And they have built an ongoing matrix that most can now see around them in your daily affairs and you ask what can we do?

Recognise your self your actions and the consequences of accepting their reality over your own.

So as the cup bearers of the macrocosm within your own diverse microcosm you can change the matrix in this reality and in doing so change the path of existence for the better.

The way is being cleared, hundreds are actively now taking control, rejection of numerous control systems that for thousands of years enslaved you are being removed.

As each errant knight strikes further outward in extension they lance the poisons of corruption.

No need to be governed when nature is the Goddess, no need to be told how to worship by churches and ministry. The journey to receive spirit is your own purpose.

And above us all out with this matrix or the next the very energies of the multiverse cascade towards that inner grail that is your heart.

Look at each other as family, recognise the spark within.

And remember they are The Powers That Were.

Luisliu, (Delight of the Eye). 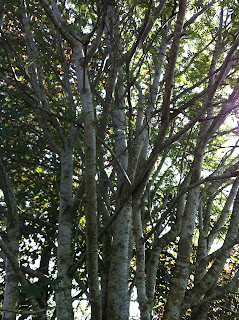 In dawn she whispers to me her warm lips caress from lips to navel...Ubiquitous you are found around me; I wear your kisses like a tree wears leafs to bask in golden sun drops.Combinare we exist as one to the other, my boughs sigh in the breath of your inhalation.Climb and explore my branches the top most secrets. They will not tell of us apart.Perennial we evolve secure, deep rooted memories that to others appear obscure.No matter to us, for in this matter we are understood.Such exchanges cambrian, one nourishes the other, to settle core secured a story circles of heartwood within. This also they can never know.Season will pass, shoot forth to bud and blossomed berry. An environment extendere to service the world.Synthesis in balance, so numerous, apparent opposites in actuality no more conflict.Some may objectify our apparel as happiness, it is deeper than that, higher than this... Complimentary, Content.Come fall, we shed and feed our earth and prepare for cycles new.In winters cold commensal we share all memories stored.Once again to spring saps rising we shimmer and shine. Long ages past and new. Nous in abundance such natural love, and feelings divine. 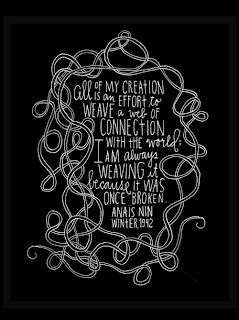 This month I have nothing to add.

I have much to consider, yet nothing to verbalize.

When or if there is anything to share I will however, in the meantime I am observing the convergence of several timelines and I cannot perceive which one will bubble to the top or which one is better than the other, outside of a timeline which is created by the divine and received as manifest upon the mundane.

We live in interesting times. Then I would feel that we always have.

Within this interim you can find me.

Be good to each other.