At the end of his quest he is 0, (1) and stands after The Atu XXI as XXII
KETHER

As the Wheel of The Tarot, The Æon and The World continues to Turn each new experience under spirit is as Zero 0 however, due to his experience he has also become The Mage 1

Correct and Further the breakdown of the word is thus

Sh = SHU, He who rises up in The Air - Emptyness
Wa = WADJET, The Green One The Goddess
LUX = ILLUMINANCE
EL = Deity 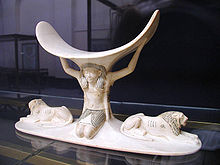 In Egyptian mythololgy, Shu (meaning emptiness and he who rises up) is one of the primordial gods, a personification of air, one of the Ennead of Heliopolis.

He was created by Atum, his father and Iusaaset, his mother in the city of Heliopolis. With his sister Tefnut (moisture), he was the father of Nut and Geb. His daughter, Nut, was the sky goddess whom he held over the Earth (Geb), separating the two.
Shu's grandchildren are Osiris, Isis, Set  and Nephthys. His great-grandsons are Horus  and Anubis.

As the air, Shu was considered to be cooling, and thus calming, influence, and pacifier. Due to the association with air, calm, and thus Ma'at (truth, justice and order), Shu was portrayed in art as wearing an ostrich feather. Shu was seen with between one and four feathers.
In a much later myth, representing the terrible weather disaster at the end of the Old Kingdom, it was said that Tefnut and Shu once argued, and Tefnut left Egypt for Nubia (which was always more temperate). It was said that Shu quickly decided that he missed her, but she changed into a cat that destroyed any man or god that approached. Thoth, disguised, eventually succeeded in convincing her to return.
He carries an ankh, the symbol of life.

In Egyptian mythology, Wadjet , or the Green One; also spelled Wadjit, Wedjet, Uadjet or Ua Zit and in Greek, Udjo, Uto, Edjo, and Buto among other names), was originally the ancient local goddess of the city of Dep (Buto) which became part of the city that the Egyptians named Per-Wadjet, House of Wadjet, and the Greeks called Buto (Desouk now),  a city that was an important site in the Predynastic era of Ancient Egypt and the cultural developments of the Paleolithic. She was said to be the patron and protector of Lower Egypt and upon unification with Upper Egypt, the joint protector and patron of all of Egypt with the "goddess" of Upper Egypt. The image of Wadjet with the sun disk is called the uraeus, and it was the emblem on the crown of the rulers of Lower Egypt. She was also the protector of kings and of women in childbirth.
As the patron goddess, she was associated with the land and depicted as a snake-headed woman or a snake—usually an Egyptian cobra, a poisonous snake common to the region; sometimes she was depicted as a woman with two snake heads and, at other times, a snake with a woman's head. Her oracle was in the renowned temple in Per-Wadjet that was dedicated to her worship and gave the city its name. This oracle may have been the source for the oracular tradition that spread to Greece from Egypt. 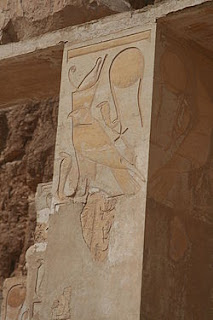 The Going Forth of Wadjet was celebrated on December 25 with chants and songs. An annual festival held in the city celebrated Wadjet on April 21. Other important dates for special worship of her were June 21, the Summer Solstice, and March 14. She also was assigned the fifth hour of the fifth day of the moon.
Wadjet was closely associated in the Egyptian pantheon with Bast, the fierce goddess depicted as a lioness warrior and protector, as the sun goddess whose eye later became the eye of Horus, the eye of Ra, and as the Lady of Flame. The hieroglyph for her eye is shown below; sometimes two are shown in the sky of religious images. Per-Wadjet also contained a sanctuary of Horus, the child of the sun deity who would be interpreted to represent the pharaoh. Much later, Wadjet became associated with Isis as well as with many other deities.
In the relief shown to the above, which is on the wall of the Hatshepsut Temple at Luxor, there are two images of Wadjet: one of her as the uraeus sun disk with her head through an ankh and another where she precedes a Horus hawk wearing the double crown of united Egypt, representing the pharaoh whom she protects.

The name Wadjet is derived from the term for the symbol of her domain, Lower Egypt, the papyrus.
Her name mean "papyrus-colored one", as wadj is the ancient Egyptian word for the color green (in reference to the color of the papyrus plant) and the et is an indication of her gender. Its hieroglyphs differ from those of the Green Crown (Red Crown) of Lower Egypt only by the determinative, which in the case of the crown was a picture of the Green Crown  and, in the case of the goddess, a rearing cobra.

Eventually, Wadjet was claimed as the patron goddess and protector of the whole of Lower Egypt and became associated with Nekhbet, depicted as a white vulture, who held the same title in Upper Egypt. When the two parts of Egypt were joined together, there was no merger of the deities as often occurred, both beliefs were retained and became known, euphemistically, as the two ladies, who were the protectors of unified Egypt. After the unification the image of Nekhbet joined Wadjet on the crown, thereafter shown as part of the uraeus.
The ancient Egyptian word Wedjat signifies blue and green. It is also the name for the well known Eye of the Moon,  which later became the Eye of Horus and the Eye of Ra as additional sun deities arose. Indeed, in later times, she was often depicted simply as a woman with a snake's head, or as a woman wearing the uraeus. The uraeus originally had been her body alone, which wrapped around or was coiled upon the head of the pharaoh or another deity
Depicted as an Egyptian cobra she became confused with Renenutet, whose identity eventually merged with hers. As patron and protector, later Wadjet often was shown coiled upon the head of Ra, who much later became the Egyptian chief deity; in order to act as his protection, this image of her became the uraeus symbol used on the royal crowns as well.
Another early depiction of Wadjet is as a cobra entwined around a papyrus stem, beginning in the Predynastic era (prior to 3100 B.C.) and it is thought to be the first image that shows a snake entwined around a staff symbol. This is a sacred image that appeared repeatedly in the later images and myths of cultures surrounding the Mediterranean Sea, called the caduceus, which may have had separate origins.
Her image also rears up from the staff of the "flag" poles that are used to indicate deities, as seen in the hieroglyph for uraeus above and for goddess in other places.

An interpretation of the Milky Way was that it was the primal snake, Wadjet, the protector of Egypt. In this interpretation she was closely associated with Hathor and other early deities among the various aspects of the great mother goddess, including Mut and Naunet. The association with Hathor brought her son Horus into association also. The cult of Ra absorbed most of Horus's traits and included the protective eye of Wadjet that had shown her association with Hathor.
When identified as the protector of Ra, who was also a sun deity associated with heat and fire, she was sometimes said to be able to send fire onto those who might attack, just as the cobra spits poison into the eyes of its enemies.  In this role she was called the Lady of Flame.
She later became identified with the war goddess of Lower Egypt, Bast, who acted as another figure symbolic of the nation, consequently becoming Wadjet-Bast. In this role, since Bast was a lioness, Wadjet-Bast was often depicted with a lioness head.
After Lower Egypt had been conquered by Upper Egypt and they were unified, the lioness goddess of Upper Egypt, Sekhmet, was seen as the more powerful of the two warrior goddesses. It was Sekhmet who was seen as the Avenger of Wrongs, and the Scarlet Lady, 418 a reference to blood, as the one with bloodlust. She is depicted with the solar disk and Wadjet, however.
Eventually, Wadjet's position as patron led to her being identified as the more powerful goddess Mut, whose cult had come to the fore in conjunction with rise of the cult of Amun, and eventually being absorbed into her as the Mut-Wadjet-Bast triad.
When the pairing of deities occurred in later Egyptian myths, since she was linked to the land, after the unification of Lower and Upper Egypt she came to be thought of as the wife of Hapy, a deity of the Nile, which flowed through the land. 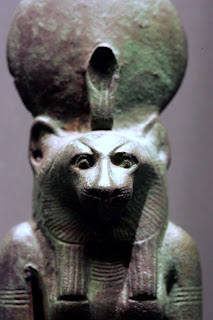 Wadjet as Wadjet-Bast, depicted as the body of a woman with a lioness head, wearing the uraeus

LUX = Light, Illumination as in Let there be light.

"Let there be light" is an English translation of the Hebrew יְהִי אוֹר (yehiy 'or). Other translations of the same phrase include the Latin phrase fiat lux, and the Greek phrase γενηθήτω φῶς (or genēthētō phōs). The phrase is often used for its metaphorical meaning of dispelling ignorance.﻿ 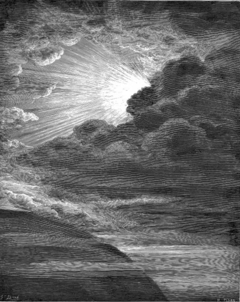 Creation of Light, by Gustave Doré. The engraving depicts a literal representation of Genesis 1:1

EL = Diety These are the Seven Creative Principles which caused the expansion of intent into matter, These are The Seven Planets of The Solar System also referred to in Genesis as The Elohhim.

This is further seen in words that end is AN & ON.

El its Canaanite function is part of the following Pan-Theon..


The Word Granted to Me from The Abyss is thus, True and Correct, numerically, kabbalistically, via The Atu of Tahuti, astrologically - in effect Magickally Thus it is Said and Known...

I have done what was required and I have proven the following: As Magus...

Having attained Wisdom, declared my law, being a Master of all Magick in its greatest and highest sense. My will is entirely free from internal diversion or external opposition; My work is to create a new Universe in accordance with my Will.