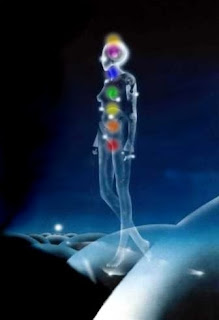 Some believe that Witches say a few magic words and do a ritual and then a spell is created and performs its function.

There is a metaphorical plane, a plane where all the psychic energy of both the living and the dead exists. We draw from this energy when we are being creative. It can also be psychically tapped to energize one's will and envision the spells casting and release and intent.
The metaphysical plane acts like a battery. Psychic energy is alive and can be given a will of evil or good. Good psychic energy can heal and make good things happen. The evil energy creates a negative field around the person the spell was cast on, Some evil spells can cause someone to lose health etc.

It will effect random chance and make bad or negative things happen, causing luck and other factors to be reduced and depending on the nature of the spell and the psychic skill of the Witch. The spell could take years before it begins to lose its energy and effects.